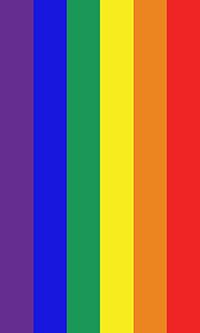 WHEREAS…the Town of Madison is committed to provide an inclusive and welcoming community for all, including the LGBTQ+ community; and

WHEREAS… the uprising at the Stonewall Inn that started on June 28, 1969 sparked a liberation movement for the LGBTQ+ community and was a call to action that continues to inspire us to live up to our Nation’s promise of equality, liberty, and justice for all; and

WHEREAS… the United States Supreme Court ruled in June 2015 that same-sex couples can marry nationwide, establishing a new civil right in our country; and

WHEREAS…former President Barack Obama designated the first national monument to LGBTQ+ rights in June 2016, honoring the LGBTQ+ community’s long-term presence and struggle for equality across our nation; and

WHEREAS…our current President Joseph Biden proclaimed June 2021 as Lesbian, Gay, Bisexual, Transgender, and Queer Pride Month and called upon the people of the United States to recognize the achievements of the LGBTQ+ community, to celebrate the great diversity of the American people, and to wave their flags of pride high; and

WHEREAS…all members of the Madison community, including those who are lesbian, gay, bisexual, transgender, queer or questioning, intersex and asexual have the right to feel safe, not be discriminated against and to live without the threat of harassment; and

WHEREAS…supporting Madison’s LGBTQ+ community aligns with the Town’s objective to co-create a more inclusive and equitable community that promotes unity and honors diversity; and

WHEREAS…the LGBTQ+ community has made great strides; however, work remains in order to achieve full equality, inclusion, and acceptance.

NOW THEREFORE, we, the Board of Selectmen do hereby unanimously declare June 2021 as LGBTQ+ Month in the Town of Madison and order the flying of the Pride Flag outside Madison Town Campus on the 28th of June 2021, to honor and commemorate the on-going civil rights movement of the LGBTQ+ community.

DONE…this, the 8th day of June, two thousand and twenty-one in the Town of Madison, CT.